Studied at the Moscow Commercial School(1897-1905) and Kharkov School of Drawing and Painting (1905-1909). Lived in Moscow from 1910. In the early 1910th , Rybnikov attended private classes by Larionov. Rybnikov’s skill in creating in his works a World from Objects without simply imitating reality, and using the dynamics of forms is due partly to the influence of Larionov. The painting “Apocalypse” (1918) is drawn from the Bible, an appropriate theme for the time. As a skilled restorer - practitioner, Rybnikov was for many years head of the Restoration Department of the State Tretyakov Gallery.(1919-1949). Under his guidance, a number of Tretyakovka masterpieces (“Boyarynya Morozova”, “Ivan the Terrible”, “Battle under Grunwald” ) were restored. He was an author of series of researches, articles and books on the texture of classical paintings.He also headed the academic commission for compiling the “Instruction for keeping the museum values” and had been a general editor of this document. 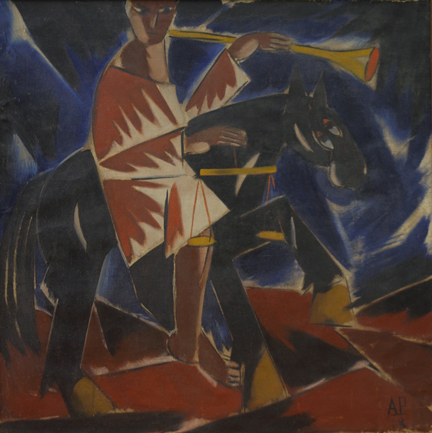 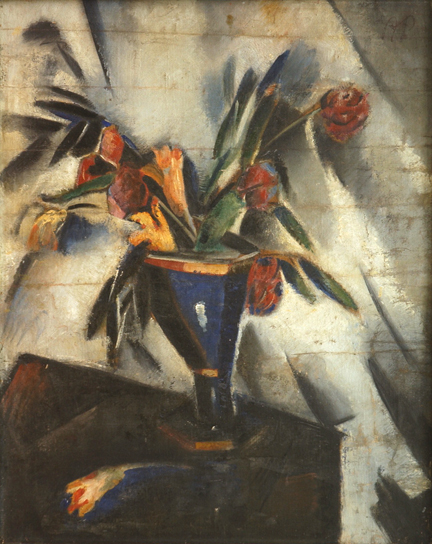