The event dedicated to the Day of Defenders of the Homeland

The purpose of the event is to introduce  the visitors to samples of weapons of ancient times stored in the collection of the State  Museum of Arts of  the Republic of Karakalpakstan named after I.V. Savitsky, give an information  about the history of their origin, development, production   and  techniques, demonstrate modern military equipment of the guards, introduce the participants  to the life and professional activities of the military, awaken a sense of love for the motherland in the youth, strengthen the unity of the people and the army.
Finds of various historical periods stored in the funds of the State Museum of Arts of the Republic of Karakalpakstan named after I.V. Savitsky  give a broad picture of the life of local peoples, from ancient times living in the territory of the South Aral Sea region, about the culture, life, religious beliefs, weapons, used to protect against enemies.
Traces of ancient settlements, campsites, a caravanserais, and fortresses preserved from ancient times in the territory of Karakalpakstan, and today they haven’t lost their significance. At the exhibition, along with artefacts from the ancient monuments of Toprak-Kala, Adamly-Kala, 34 objects (exhibit) from Big Guldursun, Dzhampyk-Kala, Kavat-Kala and relating to the medieval period are also presented. Among them are bow fragments, a very effective weapon used in long-distance battles, arrowheads made of bronze and iron, a bag for arrows, cannonballs  of various sizes, spearheads, as well as axes, knives used during battles and other weapons, exposed to the attention of the audience.       Guests of the exhibition can learn about the history of the origin of weapons, about periods of development, performance techniques, how to use them, and can also receive other interesting information.
An exhibition of modern educational and practical supplies have been offered to the attention of the audience, which are being used by representatives of the administration of the Republic of Karakalpakstan of the National Guard of the Republic of Uzbekistan. Participants of the exhibition have had an  opportunity to hold modern military equipment themselves. Officers and sergeants of the National Guard gave the audience detailed information about the technical and tactical features of modern weapons and modern equipment. 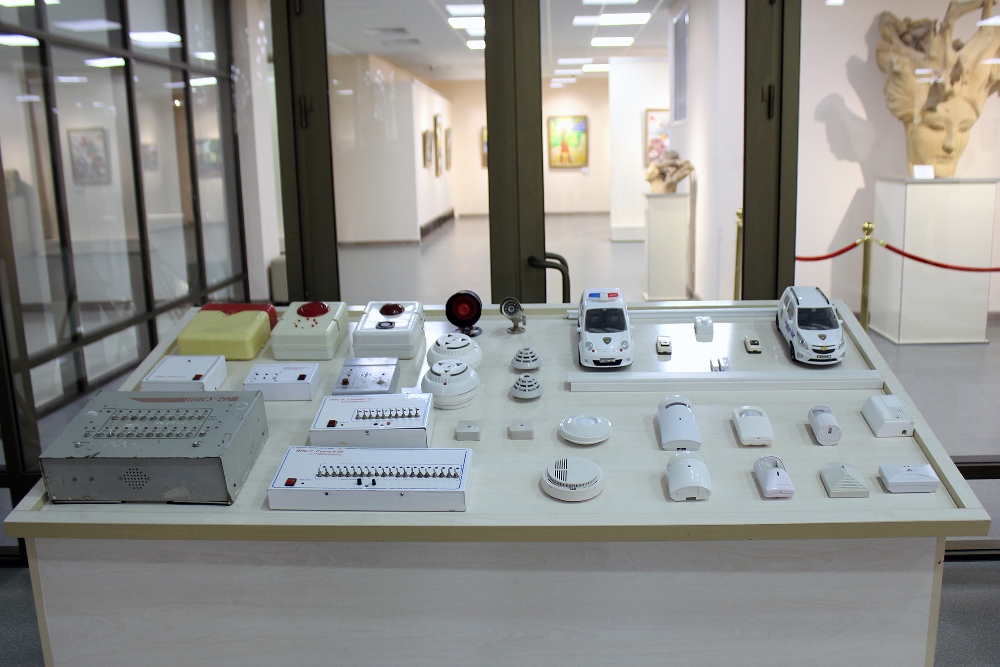 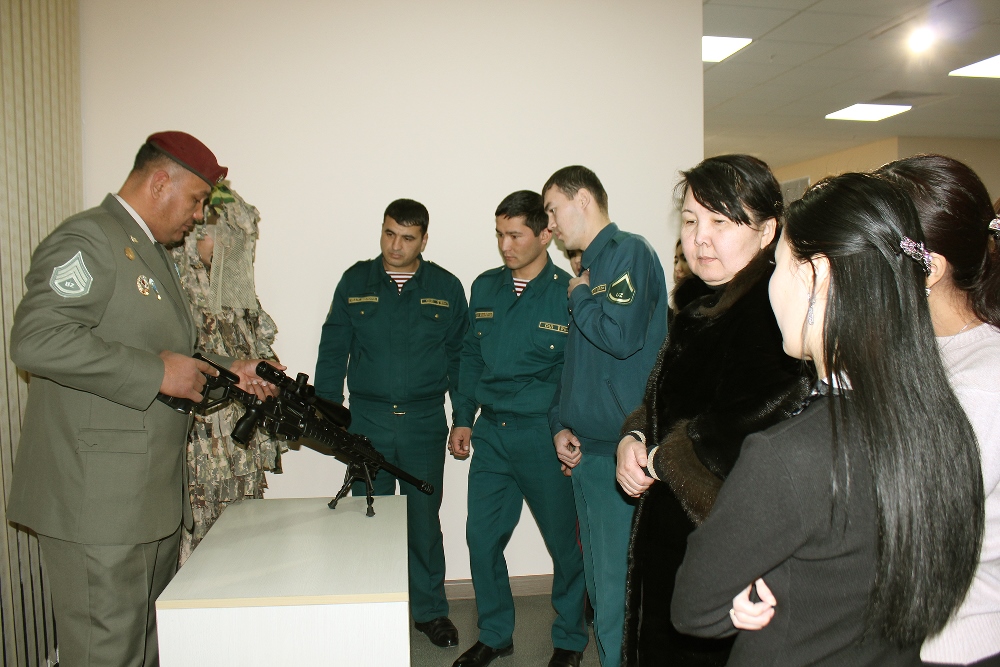 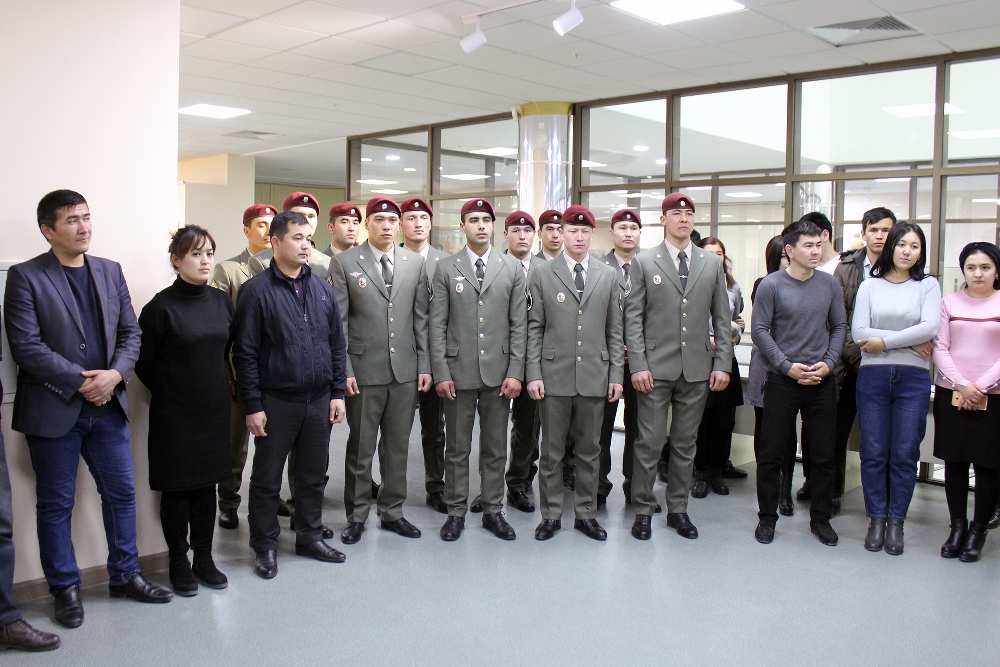 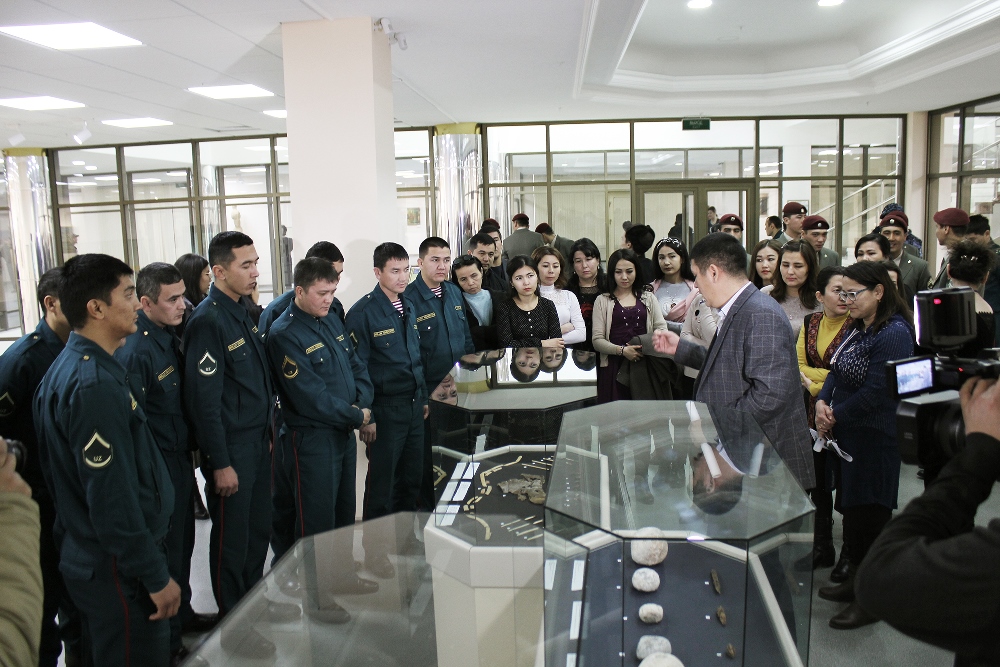