The exhibition "Another facet of talent"

This year we mark the 85th anniversary of  Alvina Andreevna Shpady. Honored Worker of Culture of the Republic of Karakalpakstan, who devoted her whole life to her beloved profession. From the first days of the opening of the museum, she worked with I.V.Savitsky, the founder of the world-famous museum. In connection with the significant date, the museum  organized the exhibition “Another facet of talent”, dedicated to the 85th anniversary of the first famous woman artist of Karakalpakstan, the designer and founder of the revival of the national heritage in the carpet weaving of Karakalpaks, which made a significant contribution to the development of the culture of the Republic. The name of the exhibition is unusual in that it reveals the wisdom that speaks of the multifaceted work of the artist.

Alvina Andreevna was born in 1935 in Turkmenistan, having graduated from the Art College named after Shota Rustaveli, began her career as a drawing teacher at a local school. Then, having arrived in Nukus, at the invitation of Igor Vitalievich Savitsky, she begins to work in the museum and studies at higher educational institutions of Tashkent and Moscow. The knowledge gained by a talented textile artist occupies an important place in the revival of the Karakalpak carpet weaving. The patterns of embroidery, the decoration of a yurt and jewelry, acquired  a modern look in the work of Alvina Andreevna, while not losing their originality.
The aim of the exhibition is to show Shpady as a textile artist. The exhibition opens with the suzani “Tree of Life” thematically reveals wonderful life, nature, people, animals - and all this creates a wonderful composition for the viewer, the multi-colored applique on the suzani adds special beauty to the work.
The artist creates sketches of costumes for the feature film "Rebellious", which reveals the difference between the Karakalpak people and other peoples, conveying an age category in them, choosing colors, shapes, patterns and thereby revealing the images of the characters of the film. Thanks to hard work, the picture turned out to be beautiful, and the film was highly appreciated by fans of art.
And also Alvina Andreevna worked on the decoration of the book of I.V. Savitsky's "Wood Carving". In her sketches the painter clearly showed the peculiarity of using national patterns in the art of embroidery, carpet weaving and wood carving. This book is the only source of information about the art of wood carving of the Karakalpak people.
A.A. Shpady realized the dream of her mentor I.V. Savitsky, on the restoration of carpet weaving of Karakalpaks: “Someday you need to revive the art of carpet weaving of Karakalpaks, because only these people have magnificent examples of carpet products.” All samples of carpets presented at today's exhibition are woven by Karakalpak craftswomen according to sketches of A.A. Shpady.
Today, patterns on objects used in everyday life repeat the patterns of museum exhibits with precision, and the art of carpet weaving has been restored. On the basis of all this lie the numerous searches of Alvina Andreevna, her in-depth study of the national heritage. 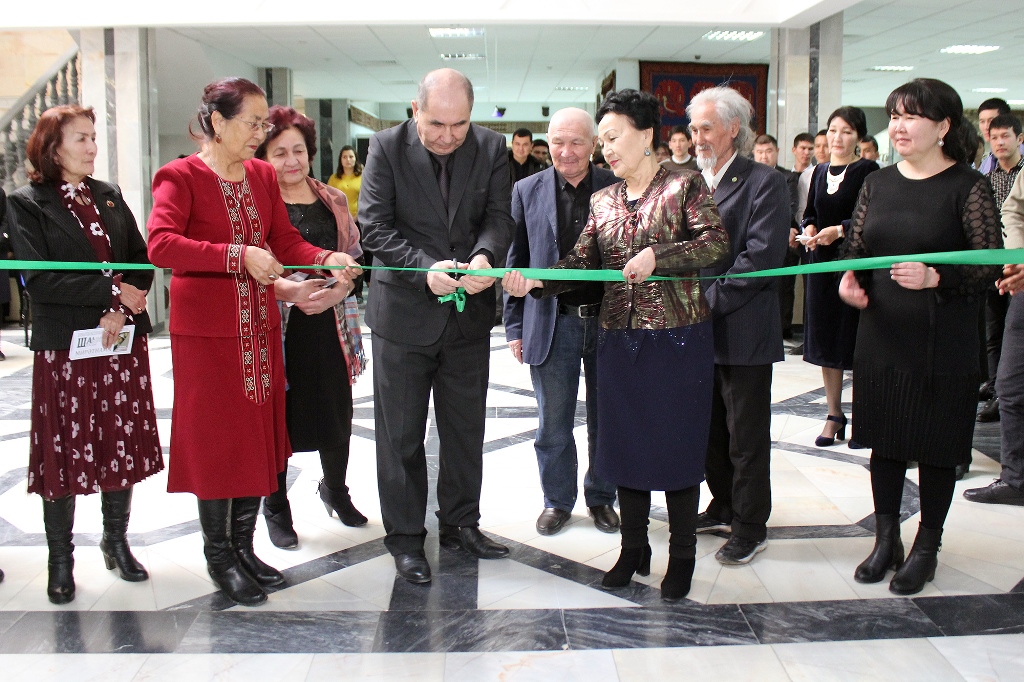 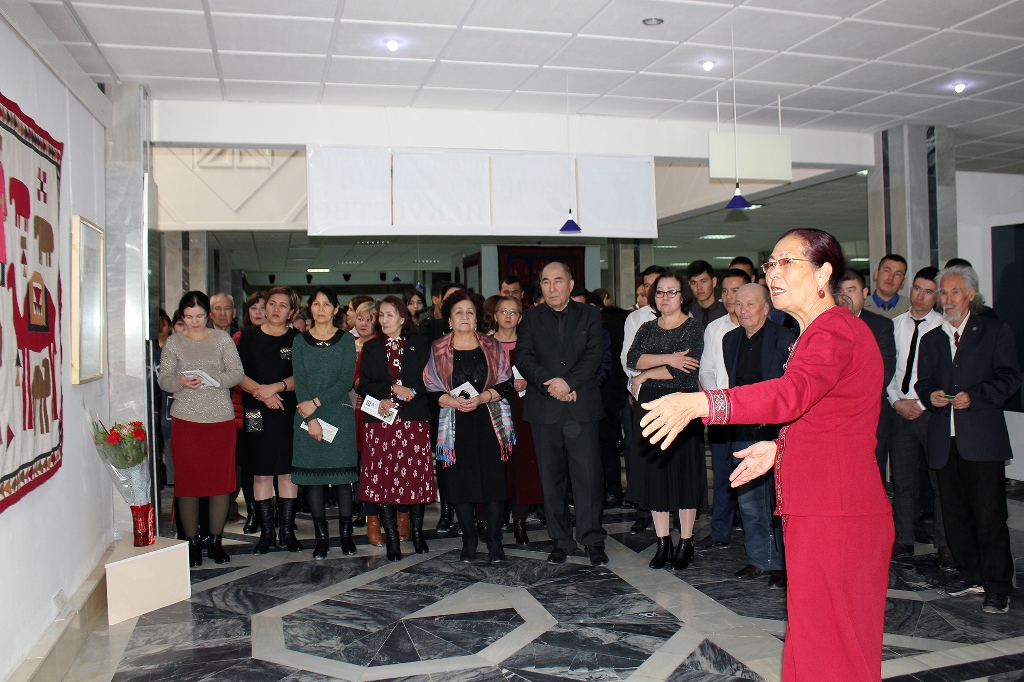 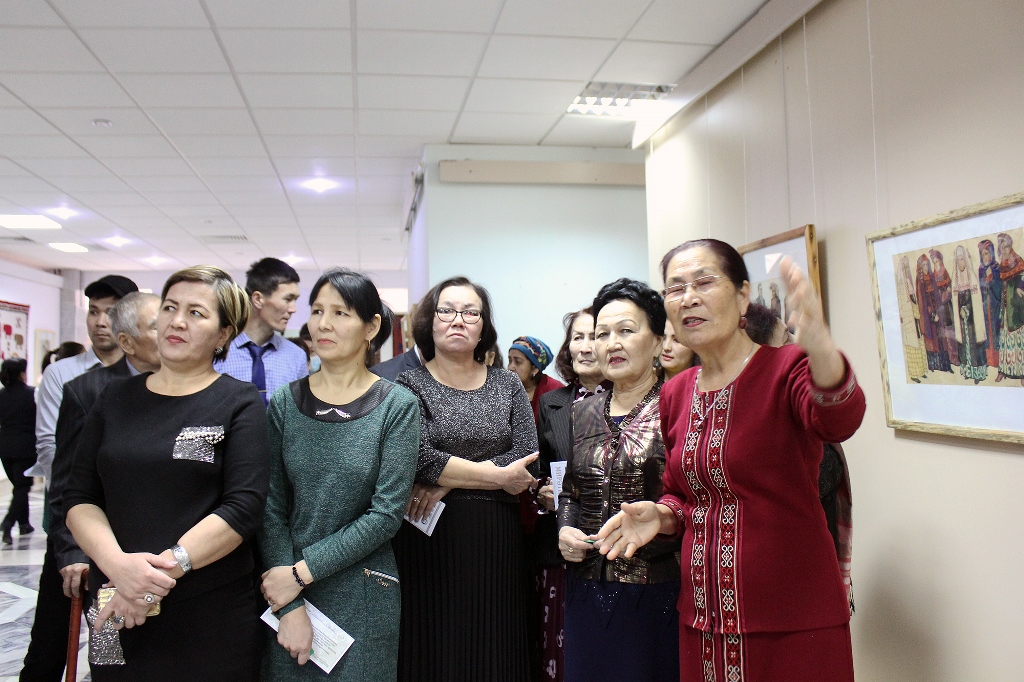 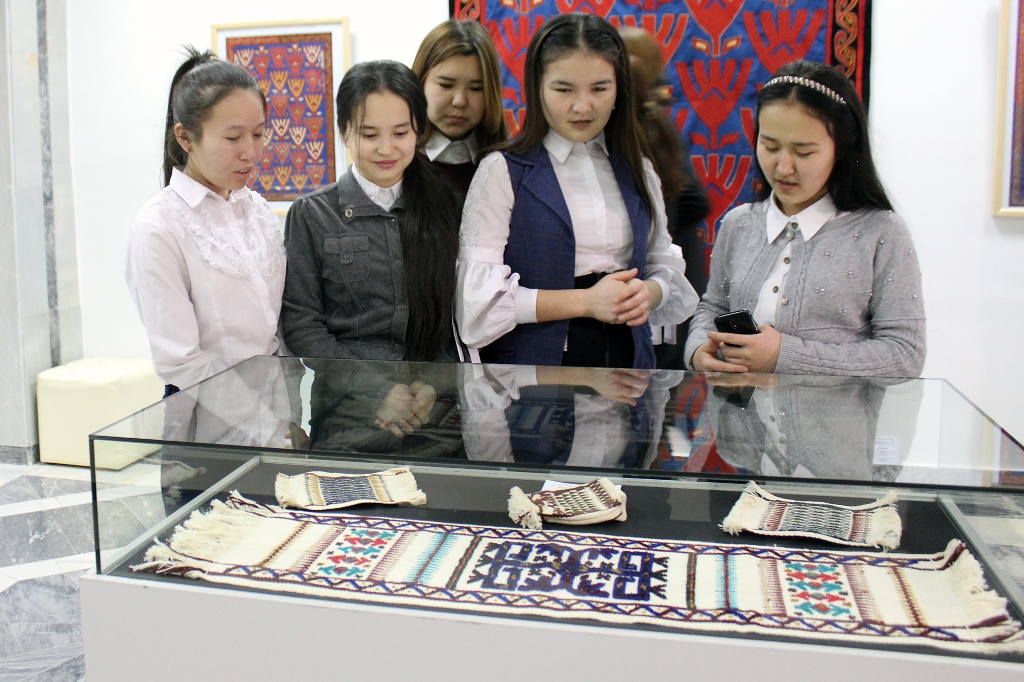