Graduated from the Republican Art school named after Benkov. The artist developed his artistic skills at the Nukus Museum of Art, where he worked as an artist for several years. Antonov’s works are distinguished by a search for new forms, symbolism and ornamental character of his compositions. 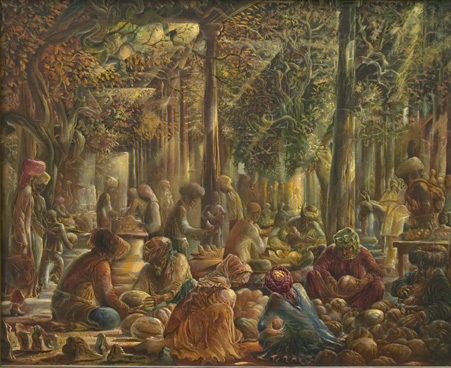