The initial artistic education Shpade received at the Ashkhabad Art School named after Sh.Rustavely. After two years of work as a drawing teacher at the secondary school in Bayram-Ali, and then as a cartographer in the geological team, she moved to Karakalpakstan in 1960 where she met with I.V.Savitskiy. She worked at the Artistic Fund of the Karakalapak branch of the Karakalpak Autonomous Soviet Republic and simultaneously at the department of art history of the Karakalpak branch of the Uzbek Academy of Sciences, where she had been invited by Savitskiy.

These years in many aspects determined not only the whole life of the artist but also a circle of her interests. There was a rapid growth of the Karakalpak artistic culture at that time, so A.Shpade became a participant of many interesting events in this republic. A.Shpade continued her study of art, but she never lost her ties with Karakalpakstan, first of all with Savitskiy. From 1962, she studied at the Tashkent Theatre and Art Institute, then at the Moscow Textile Institute, where she received a degree of designer in the textile industry. In the early 1970s Shpade became well-known as a painter. One of characteristic features of her artistic language became ornamental character of her paintings and other works of art. At present she works as a restorer in the Nukus Art Museum. 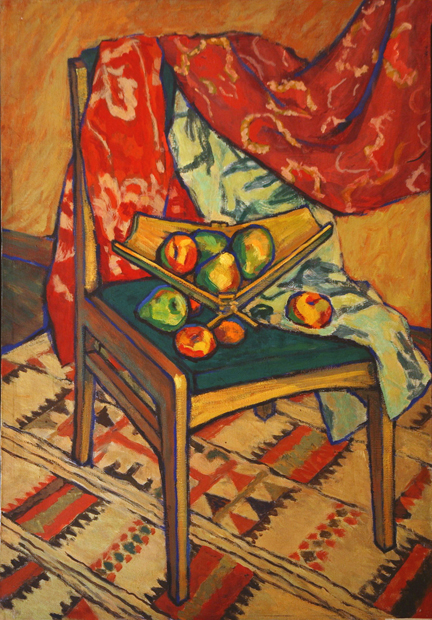