Studied at the Kazan Art School (1895-1901), in the St. Petersburg Academy of Arts (1901-1908), then in the art studios of D. Kardovskiy and I.Repin, as well as in the Julien Academy in Paris (1909). Since 1909 was a teacher at the Kazan Art School. Since 1929 in Uzbekistan, where he was involved in creative and educational activities. Being a champion of the Russian realistic art, he produced a body of work dedicated to Bukhara, Khiva and Samarkand. 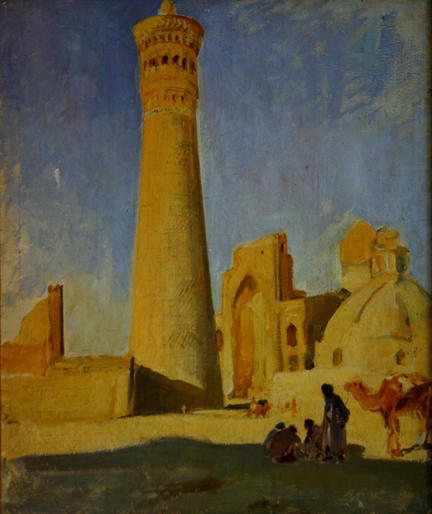