Victor Ufimtsev is one of many Russian artists for whom Uzbekistan became a creative home. He was born in Barnevka village, South Urals. He studied to paint at the classes of painting and drawing in Omsk (1916-1919). In 1918, while attending A.Klementyev’s Art Studio as “just another realist”, he happened to attend David Burlyuk’s lecture on futurism. He perceived futurism to be the art of future and settled on his creative credo: “New Content needs New Form”. In 1923, in search of the new, he left for Turkestan. Initially it struck him as one big carnival: bright colours, unusual architecture, people in exotic clothes. First Tashkent, then more colourful Samarkand and Bukhara. He came to know many of artists living in Uzbekistan at that time, including A.Isupov, A.Nikolayev (Usto-Mumin), A.Volkov, L.Bure, M.Kurzin, E.Korovay. The specific features of his works of that period were reserve and traditional artistic language mingled with ornamental use of colour. The artist complements his works with collage techniques using different materials: patterns from paper, fabric, felting, reed. His work “To the Train” combined the most daring experiments of the young artist: perspective, form and mixed technique. 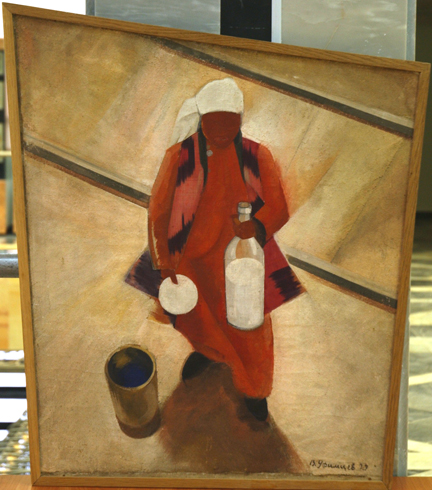 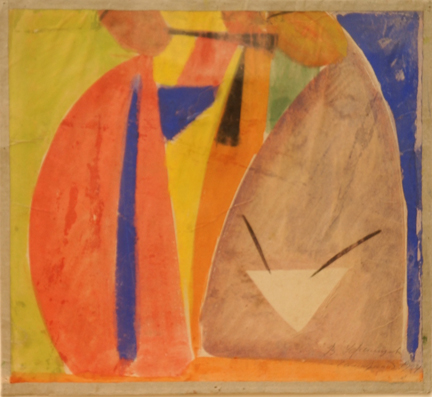