In 1908 he entered the Tiflis Art School. In 1910-1917 studied at the Moscow School of Painting, Sculpture and Architecture under K.Korovin, then in the VKHUTEMAS (Higher Art Technical Studios) (1921-1927). From 1917 the artist lived in Samarkand. His friends were A.Nikolayev and V. Ufimtsev. He was a member-founder of the “Samarkand commune” school(1918) and the School of Painting and Sculpture in Erevan(1921). In 1918-1919 he participated in decorating Samarkand to mark the revolutionary holidays and painted vivid propaganda panels. The artist’s works in the 1920s were distinguished by their flatness and ornamentality which caused the critics to accuse him in passion for exoticism and stylization. From 1932 Tatevosyan lived in Tashkent and in 1937 worked as art director of the Uzbek Pavilion in the All- Union Exhibition in Moscow. Participated in exhibitions since 1912. In 1966 Tatevosyan moved to Moscow. 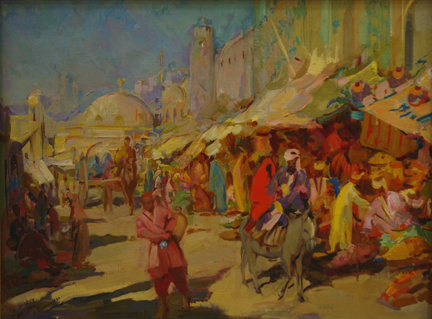 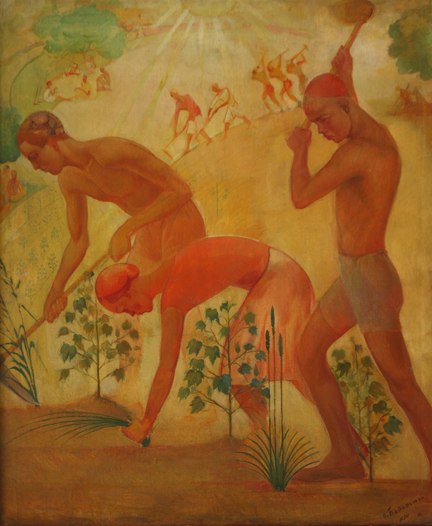