Studied at the Kazan Art School from 1904 to 1907, then in 1908 moved to the Moscow School of Painting, Sculpture and Architecture. From 1910 to 1912 was a student at the private studio of M.Bernstein in St.Petersburg. In autumn 1919 he visited China. In 1921 he was a teacher at the Higher Art Technical Studios (VKHUTEMAS). In 1922 Kurzin moved to the Crimea (Simferopol) with E.Korovay, and in 1923 - to Tashkent. In Tashkent he worked at the Theatre of Opera and Ballet, in newspapers and as a teacher. In 1927, Kurzin was a founder member of the group of artists called “Masters of the New Orient”. The artist was arrested in 1936, and sentenced to five years of imprisonment and three years of exile on the charge of having a hostile attitude towards the Soviet Government and for voicing terroristic intentions against Stalin and anti- Soviet propaganda. In the 1930s critics dismissed Kurzin’s works as “formalistic” and claimed they distorted Soviet reality; the artist deliberately portrayed Soviet man as ugly. The artist served his sentence in Kolyma. In late 1945, Kurzin moved to Bukhara. In 1948 he was again arrested for his unauthorized arrival in Tashkent and was again charged with anti-Soviet activity and sentenced to exile in the Krasnoyarsk territory. In 1951, Kurzin died. 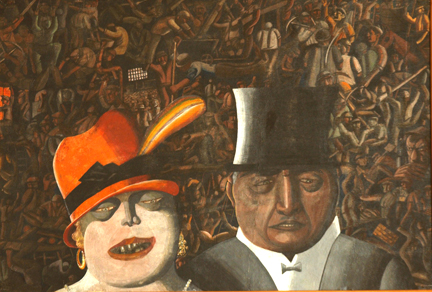 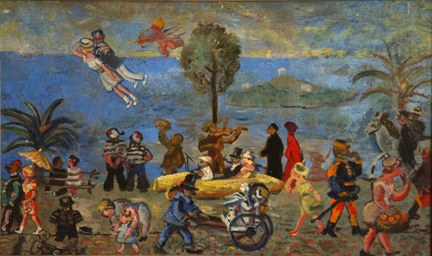