Studied in the N.Rozanov’s Art Studio of the Tashkent Museum of Art (1924-1928), then in the Penza Vocational School of Art and Pedagogy where he was admitted directly to the graduating class. Ural Tansykbayev participated in many exhibitions in Uzbekistan, Moscow and abroad. His artistic work earned him numerous government awards. He established very close ties with the museum which obtained many of his earlier works from the late 1920s and early 1930s regarded by many as the best collection of paintings and graphics of the period. The earlier works provide a vivid description of the search for descriptive means and forms of reflection of reality. They are intense and full of colour, and also decorative. During his arrival in Nukus for selecting his works in the museum to arrange a solo exhibition of Ural Tansykbayev, he died there and this fact once again testifies his close ties with the museum. 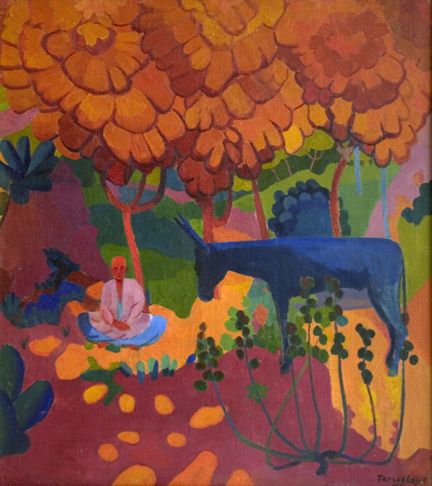 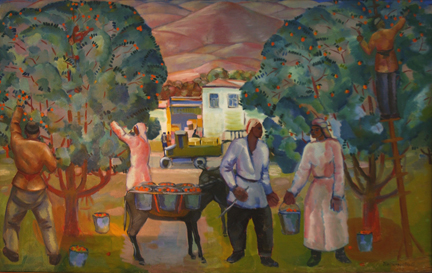