Painter, graphic and stage artist. Produced genre and narrative scenes, portraits, still lives, landscapes and abstract compositions. He is one of the founders of the Uzbek school of art. Studied at the faculty of natural sciences in the St. Petersburg University (1906-1908). From 1907 attended D.Bartinker’s private studio in St. Petersburg and later studied at the Higher Art School of the Academy of Arts (1908-1911) in Berstein’s private school (1910-1912), where his teachers were N. Rerikh and I. Shervud, and in the Kiev Art school(1912-1916) taught by F. Krichevskiy. Was influenced by M.A. Vrubel. Participated in exhibitions in 1920, and was a member of the Association of Artists of Revolutionary Russia (AKHRR) and the Association of Russian Artists (AKHR) (since 1927), “Masters of the New Orient” (since 1928). He organized “Volkov’s brigade” which brought together young artists of Uzbekistan. In 1919 he was a director of the Central Asian State Museum of Art and in 1922 - head of the “Proletkult - Theatre”. Worked as a teacher at Tashkent art colleges. In most of his works Volkov adhered to primitivism, striving for simple, but solid and expressive composition. 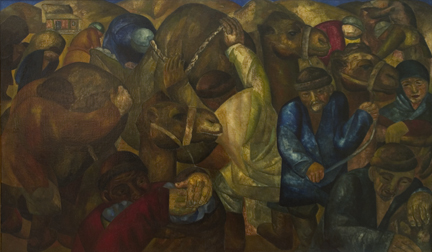 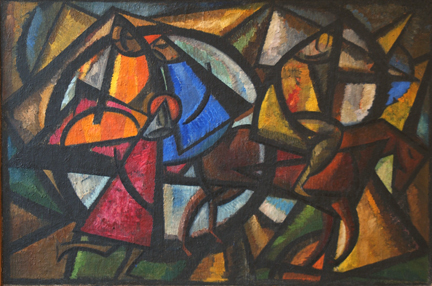