Studied at the VKHUTEIN- VKHUTEMAS (Higher Art Technical Institute), graduated from the graphics faculty where his teachers were I.Nivinsky, P.Pavlinov, V.Favorskiy.He was among many students of the artist Alexander Shevchenko. From 1924, R.Barto participated in exhibitions “Painters’ Workshop”, “Existence”. His works of the 1930s were distinguished by their bright expressiveness and one could feel the passion of the artist for a music by Scryabin and Rahmaninov. During these years Barto exhibited his works in Amsterdam, Stockholm, Paris, Philadelphia, Chicago, New York and even in Tokyo (1933). In the 1940s the artist began to produce the graphic works. While alive he was not popular, although his colleages recognized him as a master of high rate. 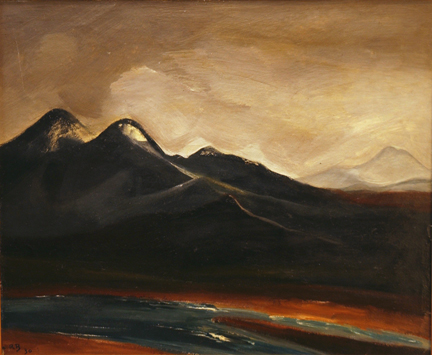