Graduated from the law faculty of the Moscow University (1904). He had no any artistical education, but while at gymnasia he took classes from drawing teacher Turchaninov. His brother Nikolay Millioti’s fellow-students of the Moscow School of Painting, Sculpture and Architecture P.Kuznetsov, N.Sapunov, P.Utkin and S.Sudeykin persuaded Vasiliy to continue his studies in painting and drawing himself. From 1905 onward Millioti began to participate in exhibitions. Member and exponent of the “Blue Rose” association (1907). Ornamental expressiveness, fantasy and exquisite refinement caused by their passion for Orient which was a characteristic feature of the “Blue Rose” paintings, can be found in many works of the artist. 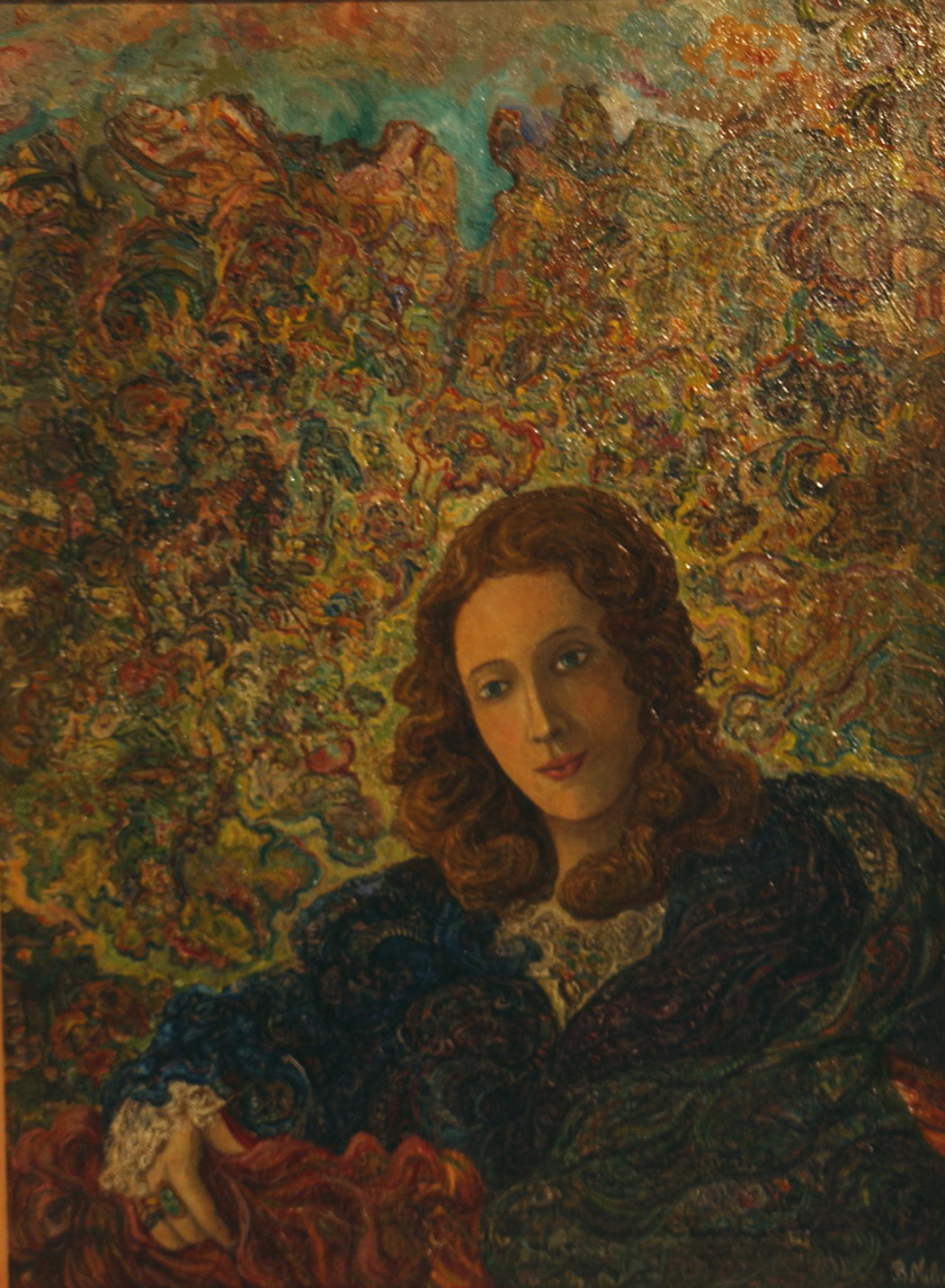 Portrait of a woman against an ornamented background. 1933. Oil on canvas 65x50