Studied at the School of Fine Arts, the Academy Vitti, in Paris under A.Martin, Van Dongen, and E.Anglade (1906-1912). Took part in exhibitions from 1912. Member of OST (Society of Easel Painters) association (1924-1932, Chairman). Worked as a teacher at the State Free Art Studios, VKHUTEMAS- VKHUTEIN (Higher Art Technical Studios-Higher Art Technical Institute), in 1920-1930. In 1918-1920, he was a head of the Department of Fine Arts of the “Narcompros” (Ministry of Public Education). In 1922, he was appointed Commissar of the first Soviet Foreign Exhibition (Germany, the Netherlands). In 1924, Shterenberg was Art Director of the Russian Department of the International Exhibition in Paris. 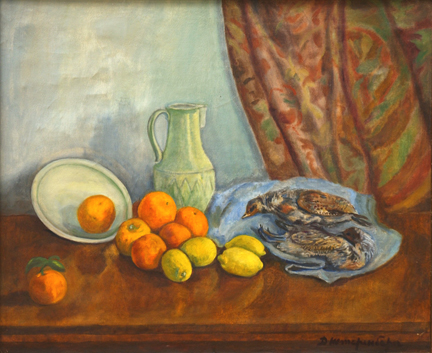