In 1908, Le Dantu graduated from the St. Petersburg Real School. He attended art studios, first of Tsionglinskiy, then M.Bernstein. In 1909, he entered the St. Petersburg Academy of Art and established close relations with the group of artists that founded the “Union of the Youth” who were actively exploring new ways in art. In 1912, he gave up his studies at the Academy and left for Moscow. He met M.Larionov and N.Goncharova and participated in the preparation for the famous “Donkey’s Tail” exhibition. In the spring of 1912 he went to Tiflis with the artist K.Zdanevich. There he observed closely the astonishing paintings of the unknown self-made artist Niko Pirosmanishvili. Once back in St. Petersburg, Le Dantu actively participated in exhibitions and made in-depth studies of ancient and primitive art, wrote theoretical works, delivered lectures and argued at disputes. The need for regular income led him to enter the Nikolayev Cavalry School. However, he found studies difficult and eventually abandoned the school. In 1915, Le Dantu was called up for military service. He was killed on the front in 1917. 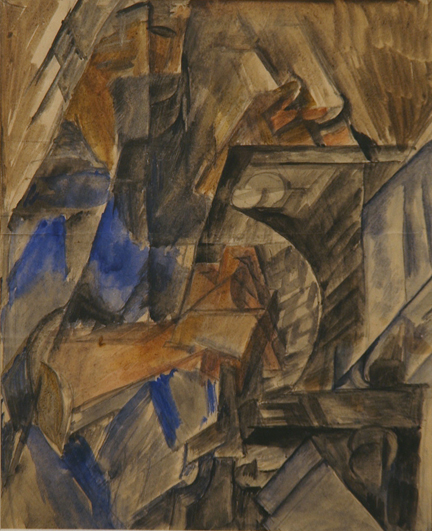