After graduating from the Page Corps in St. Petersburg, he studied at Ya.Goldblat’s Art Studio in Vilnus. In 1913-1914, he took private classes in sculpture in Paris. From 1915, onwards, he participated in exhibitions of the Association of Artists, the artist-fantasts, a group of “13” and many others.In 1918-1935, he lived in Saratov, where he headed the studio of painting and drawing at the Saratov Proletkult (Proletarian Culture Organization). He also worked at the theatre as a producer, composer, sketch-maker for the costumes and decorations. In 1923, his solo exhibition at the State Radishchev’s Museum was held in Saratov. In 1936, he lived in Moscow, where he illustrated books. In 1937, the Moscow City Court of Justice sentenced him for 9 years of imprisonment in the correction and labour camp and 5 years of exile under the pretext of Yustitskiy’s anti-Soviet Propaganda. Yustitskiy could return to his work only in 10 years in Saratov (1946), where he was sent into exile. 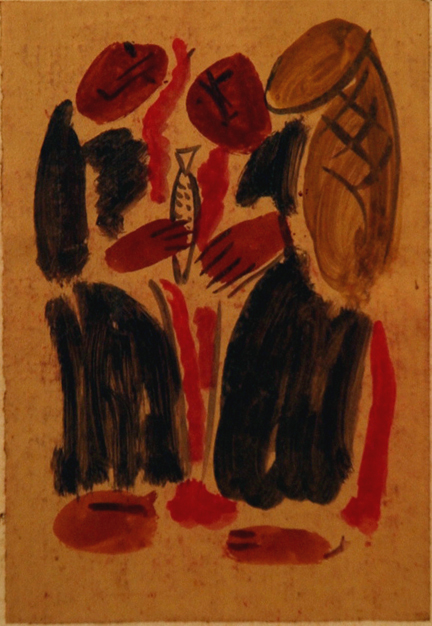