Born in Vitebsk. After the revolution, his family moved to Moscow. In 1927, Rubashkin graduated from the Faculty of Photography of the Higher State Institute of Cinematography. He worked at various film studios and took up painting in 1959. With no special training, Rubashkin taught himself the secrets of Fine Arts. The pictorial and narrative aspect of his paintings, similar to the “primitivist” style, were the only way he could convey his specific impressions of life. The name of artist was included in the Universal Encyclopaedia of Naïve Art. His work “Feast of Spring in the Park” was dedicated to the famous exhibition of Soviet Avant-Garde art known as “Bulldozer”. In 1974 Avant-Garde artists or non-conformists, tried to organize their first exhibition on the waste ground at the metro-station Belyayevo in Moscow. But the exhibition was broken up by bulldozers on the pretext of “subbotnik”, communal cleaning day. The artist witnessed the event and produced his work “Small pictures from the Exhibition”. In the left bottom corner, the artist depicted himself with an umbrella. I.V.Savitsky bought the canvas but renamed it so as to purchase it without any difficulty. 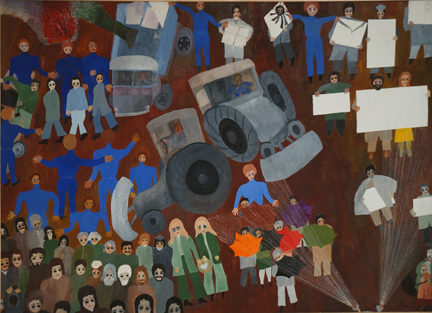 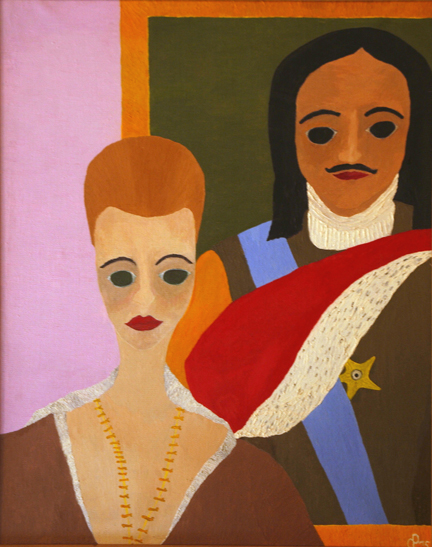