Studied at the Moscow School of Painting, Sculpture and Architecture under V.Serov and K.Korovin. In 1910, he became a member of “Jack of Diamonds” group. Like many other artists in the group, he experimented by combining the style of Cezanne with traditions of Russian cheap popular print (lubok) and billboards. The period 1928-1937 spent in Paris influenced the artist’s creative work. His paintings became dense and complex. During the war Falk was evacuated to Bashkiriya with Jewish Theatre, from there he moved to Samarkand, where he taught in the School of Fine Arts. The painting “Suzani Background” was done by the artist in Samarkand in 1943. Savitskiy at that time, graduate of the Moscow Institute of Art, was painting the same model. The young model preferred the portrait by Falk as she thought it made her beautiful. For almost 20 years Falk lived in isolation; at a solo exhibition in 1939, no one bought the works of the “artist-bourgeois”. At Falks funeral it was said that “the day will come when the museums will compete for Falk’s paintings”. In 1962, at a famous exhibition at the Manege (devoted to the 30 years anniversary of the MOSKH) Falk and his works were the subject of caustic remarks by the Soviet Communist Party leader Khrushchev. To many this was excellent promotion for the artist. 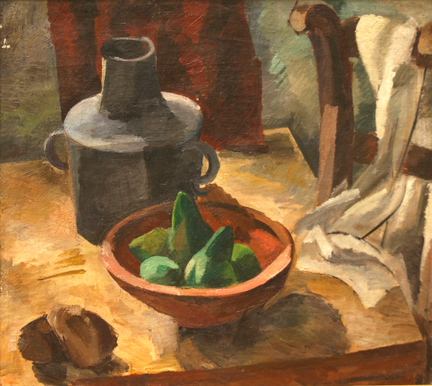 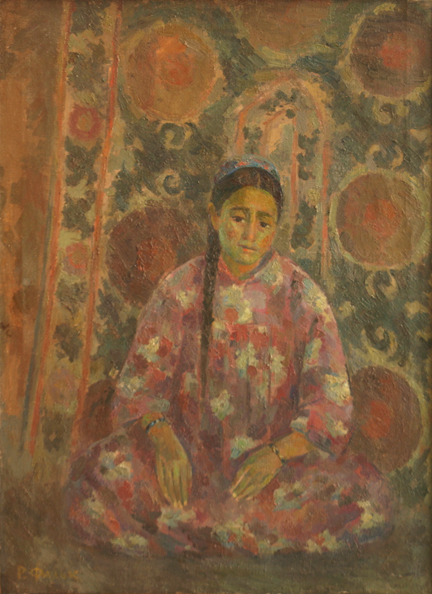