Alexander Sardan (Baranov) was born in Moscow. Having a perfect ear for music, he studied music under the guidance of famous teachers R.Glier and M.Gnesin. His first pencil drawings were made in 1920-1923, when the future artist decided to convey musical sounds in paints: “The music of sounds is virtually dynamical in time, and the music in paints catches and conveys this dynamics in space”. Sardan interested not only in the matters of culture, but also such sciences as physics, astronomy, geology and psychology. The artist’s real passion was the theme of Outer Space. In 1927, six like-minded artists established a group in Moscow, led by P.Fateev. “Amaravella” was the name for the group, invented by Sardan. To the artists, cosmos represented among other things an expanded consciousness. They were interested not only in technical space development by mankind but also the spiritual and aesthetic aspects of human beings in space. The group of artists -cosmists existed only for a short time. It was banned and almost all the artists, except Fateev, were arrested and sentenced to various terms of imprisonment. For a long time Sardan was better known as a producer of popular scientific films, because after a short imprisonment he gave up painting. 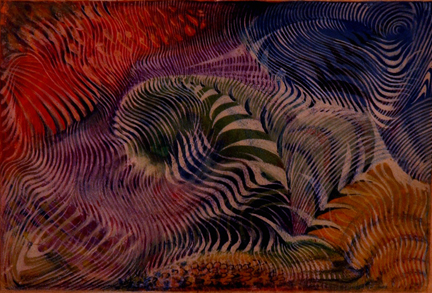 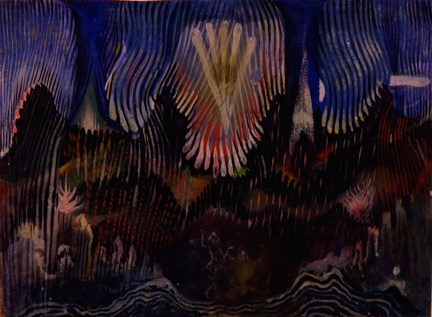