Graduated from the Komissarov Vocational School in 1910. From 1915, he studied at the Art Studio under F.Rerberg. Nietzsche’s book “Thus spoke Zarathustra”, theosophy and the idea of human potential were inspiration behind the spiritual content in Fateev’s works. Fateev believed it was possible for man to get space. With evolution man would be able to exist in outer space. The artist -fantast Fateev in 1927, headed a group of the artists-cosmists (B. Smirnov-Rusetskiy, S.Shigolev, A.Sardan, V. Pshesetskaya , V.Chernovolenko) “Amaravella”. After disbanding the group and arresting its participants P.Fateev led isolated way of life. Only in 1966 at the Moscow Power Engineering Institute the exhibition of Fateev’s works was held. 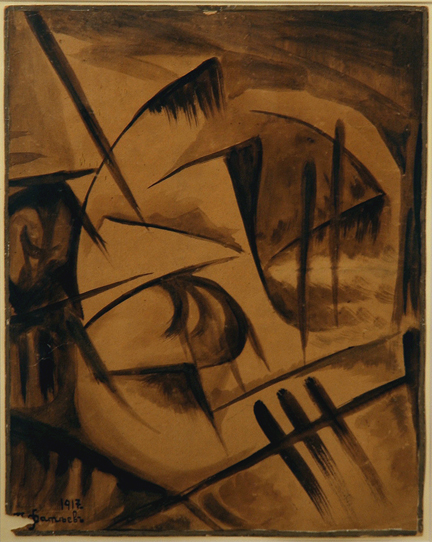