Painter, graphic and stage artist. Worked as a decorator of large scale celebrations. Monumentalist and designer. Painted portraits, genre and narrative scenes, non-objectivist and space compositions. Illustrated books and journals. Many experimental explorations in the sphere of art . Graduated from the Kiev School of Art (1909-1914). Taught by L.Pasternak in Petrograd and A.Yakovlev in Moscow (1915-1917). He studied in the A.Exter art studio in Kiev (1918-1920). In 1919 Nikritin was one of the founders of the Jewish Cultural League. In 1920-1922, he studied in VKHUTEMAS- (Higher Art Technical Studios).He was one of the founders of the “Projection Theatre”, which in 1923 staged “The Tragedy of A.O.Y” consisting of plastic movements and speech sounds. Co-founded with K.Redko, M.Plaksin, A.Tyshler and S.Luchishkin the group of “Projectionists” (“Electroorganism”), whose exhibition was held in 1922 in the Moscow Museum of Artistic Culture. In 1924, Nikritin participated in “The First Discussion Exhibition of the Active Revolutionary Art Associations” with the group of “Projectionists” where he exhibited a series of sketches, photos and volume constructions. In 1935, he created the composition “The Old and the New” where he conforms to the ideology, comparing images of Soviet people symbolizing the New with images of the past representing the Old. 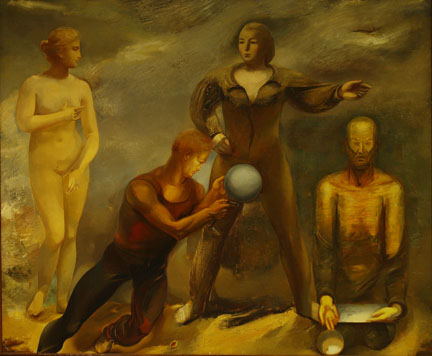 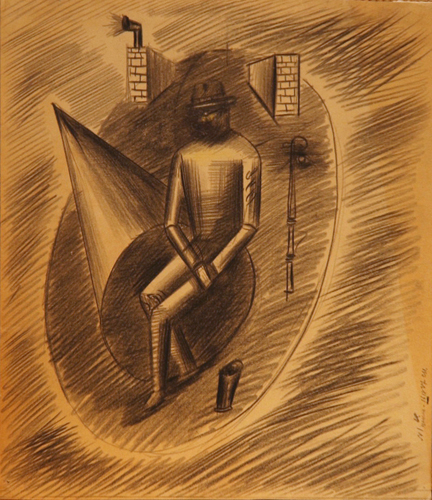