Graduated from the Vocational School of Construction. Upon completion his first year (1930), he worked on the construction site of the Bobrikov Chemical Industrial Complex. After graduation, he worked as an artist-illustrator. Jack London’s book “Northern Tales” was published with Timirev’s illustrations. He published his drawings in newspapers for the reviews of theatre plays. Timirev participated in a science and research expedition to the Caspian Sea (1935) where he produced many sketches, drawings and water colours on the subject of the Caspian Sea. He also created a series of works about Vyshniy Volochok. He was arrested in 1938 and shortly afterwards executed by shooting. Apparently, the cause was denunciation made by people close to the Timirevs, due to the fact that artist’s mother was Kolchak’s mistress. (Admiral Kolchak was one of the White Army leaders who fought against Communists during the Civil War in Russia (1918-1920). 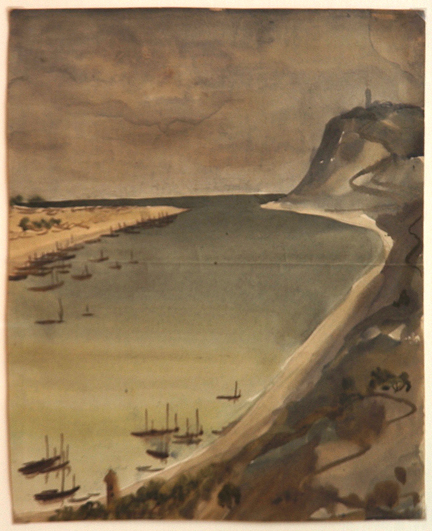 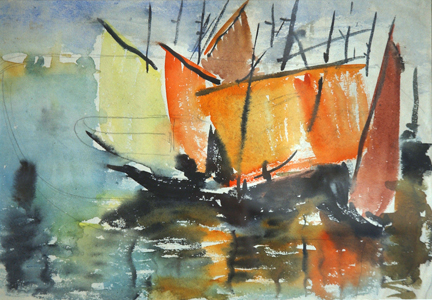