Home educated. In 1908-1909 in Odessa, Galperin worked as a sculptor and moved to Paris a year later, where he specialized in art-sculpture and attended evening art school.He studied at the Academy de la Grande Chaumiere, in the sculpture studio headed by E.Bourdel, and in the Russian Academy, on his own. At the beginning of the First World War, the artist left for Turkey, visited Greece and settled down in Egypt(Alexandria), where between 1914 and 1919, he gave private classes in modeling and practiced sculpture. He worked in Jaffa and Jerusalem for almost one year. Then he went to Vienna, where he earned his living by making wooden bas-reliefs for sale in New-York. In late 1921, he returned to Russia. Of the twelve years he spent in Moscow and Leningrad, Galperin spent less than five years on his speciality. He earned an income by working on random orders. On December 25,1934, he was arrested and sentenced to five years of imprisonment. He was indicted for the way he depicted the leaders. His paintings were regarded as counter-revolutionary in content. In his testimony, Galperin denied the presence of art in the Soviet Union and was sceptical about the established system. He served part of his sentence in Karlag, then was transferred to Dmitlag in the Moscow region. Galperin’s death certificate reads: “Cause of death: execution by shooting”. 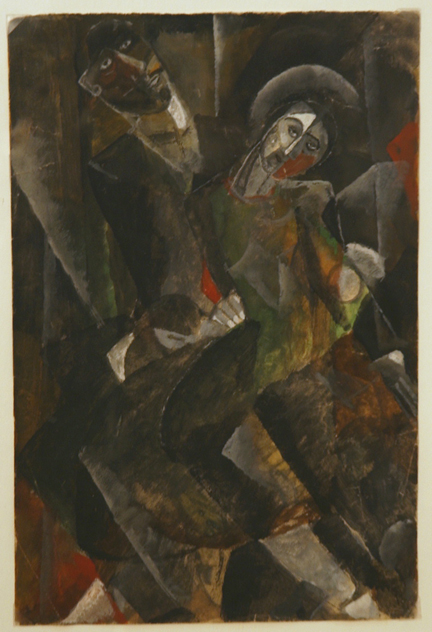