In 1904-1907 Sokolov studied at the Stroganov School of Art and Industry. Until 1909, he served in the Baltic Military Fleet. Before 1938, he worked as a teacher at various art classes, vocational schools and at the Institute of Advanced Training of Artists and Designers (1936-1938). In March 1938, Sokolov was sentenced by the court of justice to seven years in labour camps in Siberia. His work was first exhibited in the “World of Art” exhibition of 1917 and was clearly influenced by the French art of the late 19th and early 20th century. Sokolov combined teaching work at the studios in Tver (1920-1922) with his graphic work. In his drawings, the artist refers to the tools of the Avant-Garde movement, cubicized forms and displacement. The artist skill and adaptability meant he could improvise brilliantly both in graphics and painting. 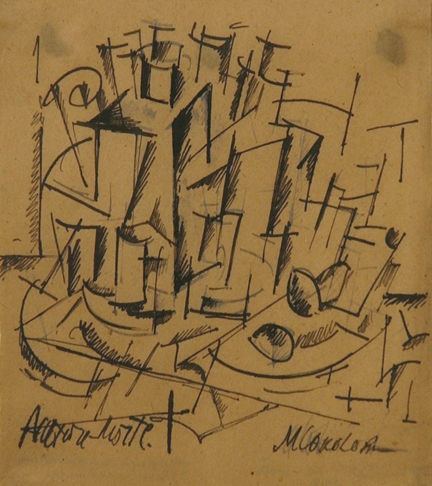 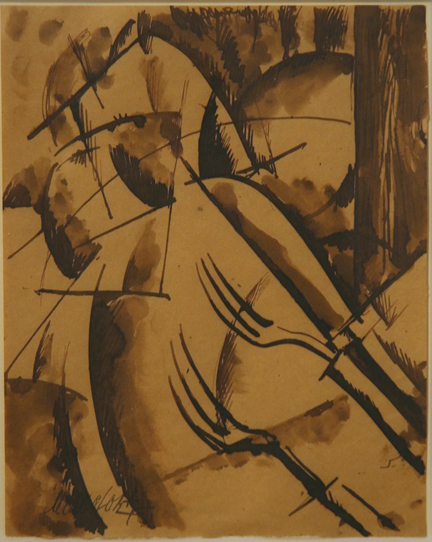