She began to paint at the age of 11 when she was a second form pupil in the Kherson gymnasia. The young artist was greatly impressed by the exhibition of Goncharova, Larionov and the Burlyuk brothers in Kherson. In 1914 she entered the Higher Women Classes, the faculty of history and philology; at the same time attended K.Yuon’s art school. But hard exessive work led to worsening of her health. She had to leave classes and to attend only K.Yuon’s school, where she achieved great success in drawing. She also took private lessons from I.Mashkov (1917-1919). In 1919 she returned home and worked in Nikopol, where she established a museum, a studio and a poster workshop. Then she moved to Simferopol and worked there at the art department of the Crimea popular education office under the guidance of Tugenholdt. A singer Kastalskiy opened an opera studio in Yalta and invited Ermilova- Platova to work as a decorator. In 1921 she returned to Moscow and worked at the theatre with A.Exter. In 1923 she decorated several pavilions of the Agricultural Exhibition. Participated in many exhibitions. Worked in different genres and techniques. The artist mentioned in her biography that she always “liked primitivists Giotto, Breygel…and modern French artists”. But art critics for many years did not pay proper attention to Ermilova- Platova’s artistic work despite her experimental searches and her acute perception of reality. 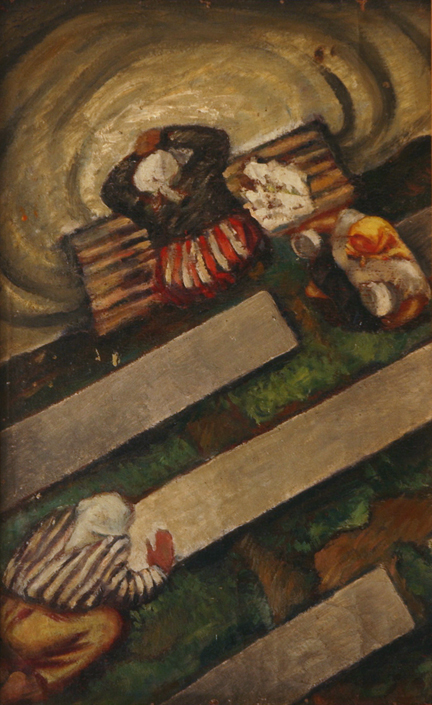